Church of St. John in the Wilderness (McLeodganj) 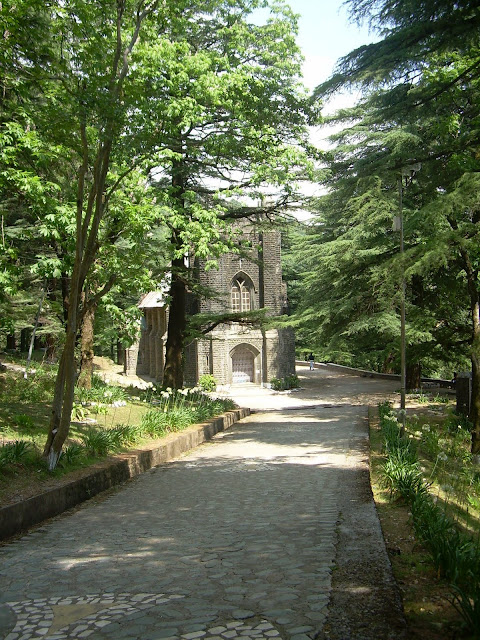 An eerie silence is the first thing that welcomes you here, that is, if you visit the Church of St. John in the Wilderness on a weekday. There are not many visitors, and more often than not, the place wears a deserted look. As I cross the gate and timidly take the first steps towards the gothic looking church building, I start wondering if I should have convinced some friends to come along. But this trepidation just dies there, and as if on a cue, it is the smells that take over my mind. As I stand on the winding path leading towards the church building, surrounded by full fledged graveyards on three sides, again wondering whether to venture further in or not, the sweet smells of nature begin their slow assault on my senses. Smells of nature – sweet smells – strange one moment and familiar the other. It’s everywhere in the mountains, but here, at this almost deserted Church, located at Forsythganj, on the way to Mcleodganj in Himachal Pradesh, the aroma is evidently in your face. The all-pervading aroma of deodars and their fresh, drying and dead leaves. Even their cones have a smell-ality of their own (That’s smell + personality, for you).
Set against lush green deodar forests, this Anglican Church, as the name suggests, is dedicated to St. John. Sporting a neo gothic architectural style, this Anglican Church was built way back in 1852. Though the church survived the 1905 Kangra earthquake, which killed close to 20,000 people and left thousands injured in the Kangra area, its spire bell tower was, however, destroyed. Later a new bell built in 1915 was brought from England and installed in the compound of the church. 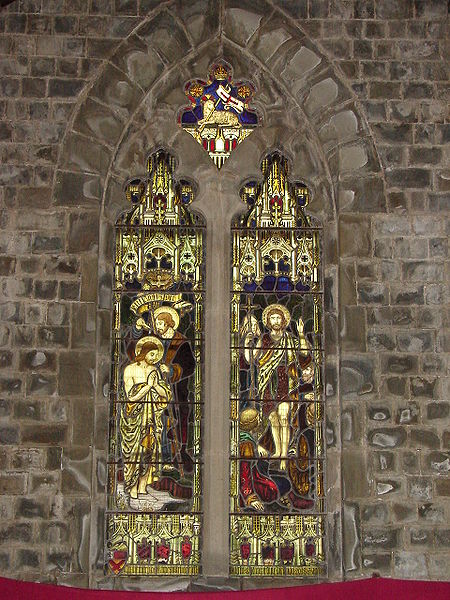 Talking about architecture, this neo gothic structure is known for its beautiful stained glass windows, which bear carved images of Jesus and Mary. Lady Elgin, wife of Lord Elgin, donated these exquisite works of art to the church. James Bruce, the 8th Earl of Elgin and popularly known as Lord Elgin, served as the Governor General of the Province of Canada and later became the Viceroy of India in 1861, under the British rule. He died at Dharamsala on Nov 20, 1863 and was buried here, in the church’s graveyard. Later, his wife, Lady Elgin (Mary Lousia Lambton) built a beautiful memorial in his name, popularly referred to as Lord Elgin’s Memorial. 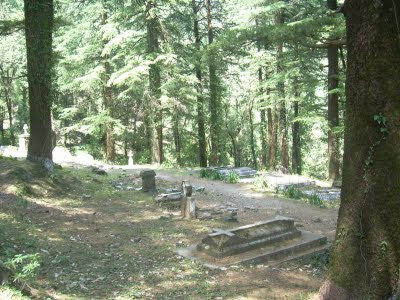 But it is not just Lord Elgin who rests here at this serene hillside graveyard. Hundreds of graves are scattered around the church compound, each with a saddening little story of their own. Then there are tablets inside the Church building, erected by the wives, parents and brethrens of the civilians and soldiers who died away from their homeland. Some I give a cursory curious glance, but some leave me in malevolent mood. Like the one erected by Eleanor Constance Rundall, in the affectionate memory of her fiancé, Captain J. L. Barry, M. B. E. 1st KGO, Goorkha Rifles, who died at Moffat, on 21st January 1924, aged 25years, on the eve of his marriage. Ah! How traumatic! I feel sad for the parents of Annie Elizabeth, who died at Dharamsala on 24th September 1863, aged 5 years and 9 months, and her little brother, Charles Mcleod, who died at the same place on 27th September 1863, aged 4 years and 7 months – the beloved children of Charles Alexander and Elizabeth McMohan. I wonder what would have gone wrong here…two very young children dying within 3 days of each other…probably some serious contagious illness, or some freak accident…. I muse and try and feel the trauma of the couple that lost their young children, as I walk around, taking in the stories from the other epitaphic tablets.
Then there’s a tablet erected in the fond memory of Major Henry Darrel, M. C., who was killed in a climbing accident on the 3rd of June 1927, aged 39 years. Another young life lost to a freak accident. The marble and stone epitaphs lying across the churchyard tell similar tales of lives, young and old, lost in and around this land. As melancholy starts seeping in, the myriad birds and their soft cooing floating between the trees lift my mood. And as I gradually ease back to the present, I realize that all’s not lost. The world is still beautiful. We still have nature.
0 comment
1
Facebook Twitter Google + Linkedin Whatsapp

A Jungle in the City

Church of St. John in the Wilderness